Debra Cowan was once asked what kind of songs she writes. Her reply? “Bad ones; but there are so many good songs out there written by others and they should be sung.”

Her captivating warm alto carries each folk song she chooses with such emotion that you’ll forget that they were written by others. She performs a cappella and with guitar in the great tradition of folk singers like Joan Baez and Judy Collins, with a clear vocal that calls forth the ghosts of long past but can also offer a more modern urban landscape. In her 2012 release, a live recording entitled “Among Friends," she demonstrates her ability to interact with her audience and have them enthusiastically sing along on choruses and refrains.

As a young girl she idolized Julie Andrews and in her teens discovered Jethro Tull and Steeleye Span. At the age of 21 she decided to leave the small Midwestern town where she lived. She threw darts at a map and ended up in northern California where she attended college, sang in bars, and eventually worked as a middle school math teacher. A chance encounter with a “mix tape” consisting of John Roberts and Tony Barrand, Lou Killen, Ray Fisher and the Copper family was Debra’s introduction to many of the ballads and songs she had been familiar with previously, but performed in very different ways.

Debra began performing in California over 40 years ago and began touring in 1998, with frequent stops in the US and UK, from folk clubs to festivals like the Old Songs Festival in New York and Broadstairs Folk Week in England. That led her to where she is now, a full-time singer who bridges the old and new with a refreshing stage presence -- she may start with a moving ballad like “Fair Annie,” a ballad that can be traced to the 13th century, and segue into an old Kinks song “Alcohol’ that tells a story about what happens to the main character succumbs to the drink.

Debra’s shared the stage and sung with artists as varied as Colum Sands, Tret Fure, and Si Kahn. For the last 11 years she has been joining her good friend, John Roberts for a number of tours and on their CD, “Ballads Long & Short”. She has collaborated with well-known guitarists Brooks Williams, Bill Cooley (Kathy Mattea) and British fiddler Tom Leary.

Her third solo recording, "Fond Desire Farewell" was arranged and produced by former Fairport Convention drummer Dave Mattacks and in 2019 their newest collaboration “Greening the Dark” was released to critical acclaim, achieving the #1 album on the Folk DJ Chart for October 2019. She’s performed in many prestigious UK venues and for six months in the late 90’s held a residency at Sandy Bell’s Bar, Edinburgh's premier folk music pub. She has performed many times on nationally syndicated
American live radio shows such as WFMT's Folkstage, hosted by Rich Warren, WVBR's Bound For Glory and Tom May's River City Folk.

Her recordings have won high praise from both sides of the Atlantic and her music has been included in many compilation recordings, most notably on the 2006 Free-Reed Records box set “RT-The Life and Times of Richard Thompson” and the 2014 “Dear Jean: Artists Celebrate Jean Ritchie”. Debra is a proud member of American Federation of Musicians Local 1000 and makes her home in Central Massachusetts with her husband, Kevin and their two cats, Hazel and Haku 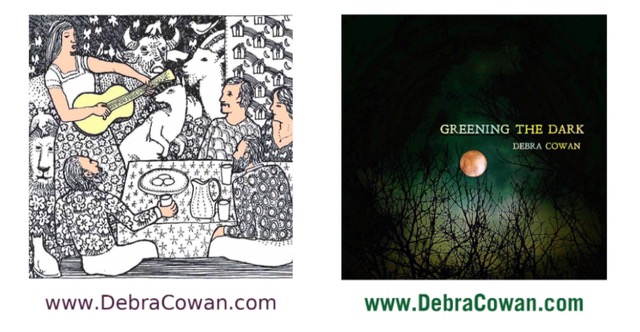 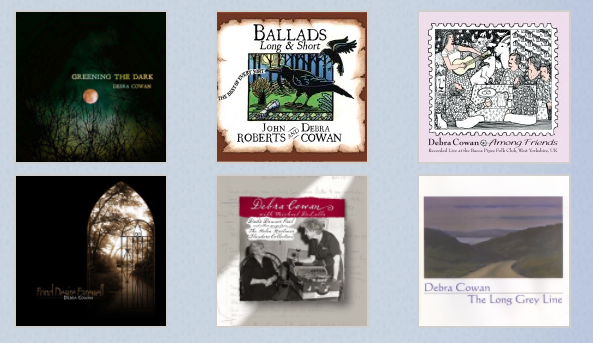